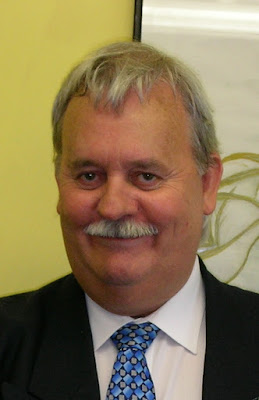 It is with great sadness that we report the unexpected death of GTDT's Chair, Mike Kennedy, after a period of illness. He was 68.

Mike joined the board of GTDT in 1997, while he was Senior Lecturer in Business at John Moores University. He immediately took to the challenges of the third sector and was soon one of our most active directors during a difficult period of transition.

Mike was Chair of the Trust for most of the 20 years he served GTDT, always ensuring that board meetings were focussed yet light-hearted - with frequent references to Monty Python.

During those earlier years it was often Mike's incisive intervention that kept well-meaning fellow directors from taking the organisation in the wrong direction. His light-touch support for GTDT's senior management was consistent and absolute.

After he retired, Mike was able to spend more of his time helping to steer GTDT as well as on his other voluntary commitments. His unstinting service to the voluntary sector was recognised in the Queen's 2014 New Year's Honours, when he was appointed an MBE.

Mike, who is truly irreplaceable, will be greatly missed by everyone at GTDT.