Last Monday we held our first meeting with residents from Ritson and Asbridge Streets to discuss ideas around how to encourage our neighbours to reduce the amount of rubbish left in the streets and alleyways. We had a very positive turn out with residents attending as well as representatives from North West Housing and the LCC Recycling Team. 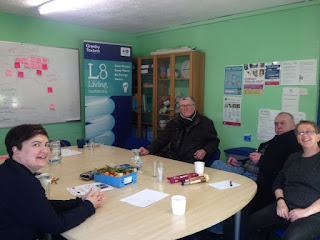 The group talked about some of the problems in the area and what could be the root causes. We decided that the lack of waste storage and a lack of understanding of the available services played a big part in the issue. We also talked about residents expectations of the alleys being very low and how the alleys are seen as dumping grounds.

We also talked about the consequences of the litter in the alleys such as vermin infestation and how much of the waste is actually recyclables. 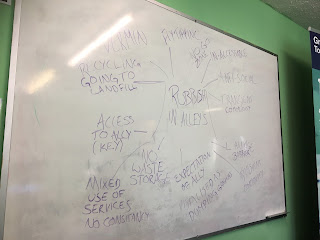 We asked the question, what could we as a group do in the next four weeks to make a visible impact on the issue. Lots of great ideas where put forward and we decided to have an action day on Saturday 10 February. The main event will be a litter pick along Ritson and Asbridge Streets.

We also thought we could organise a number of visits for residents who would like to get involved in the project to clean and green the alleyways. 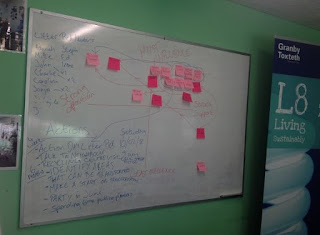 These visits will be to the recycling centre to learn about the process and to Cecil Street to see the work that residents have done to transform their alleyway.

The meeting ended on a high with everyone agreeing to invite as many neighbors as possible to the litter pick on Saturday.