Over the last six weeks a group of ladies who have a luncheon club at Riverview alongside GTDT under the heading of Health and Wellbeing  have been working with a group of Year Two LIPA students which has included singing, script work and drama activities.

The piece of work has been titled Red And Black. The overall theme has been around the Spanish Civil War and how it links to Liverpool during the 1930's. The ladies are performing at LIPA later this month.

This has been a great piece of inter-generational work and both sides have really enjoyed it with a lot of laughing involved in between rehearsals. We wish them well with their final performance. 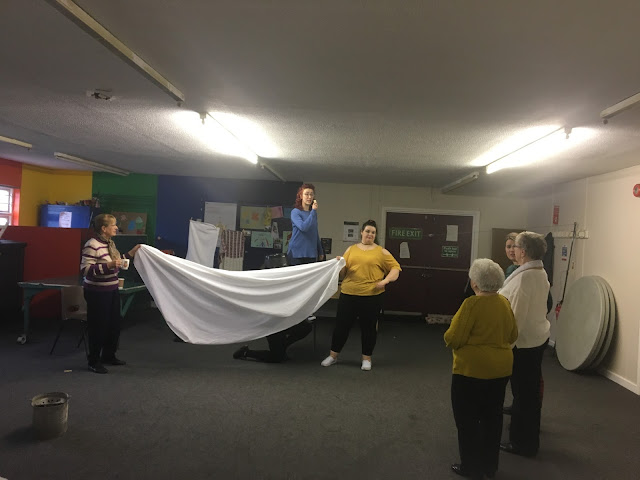