GTDT staff, while doing detached youth work, came across a group of young people who were disengaged. They were bored, demotivated with hanging around the streets every night with nowhere to go and nothing to do.

The Outreach Workers asked them what they would like to do.  The large group said they wanted to do Karate, as its active, fun, good for fitness and its an activity in which they could all get involved.

GTDT staff held a meeting at the Al- Ghazali with Sensei  Hisham Saif, 3rd Dan, who is a 3-time World Champion and 3-time European Champion individually making him one of the most decorated KUGB competitors. Sensei Hisham is the instructor and has sessions 5 times a week. 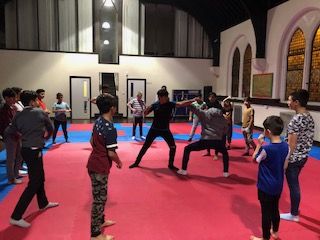 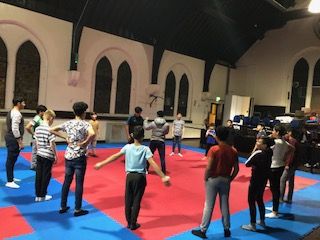 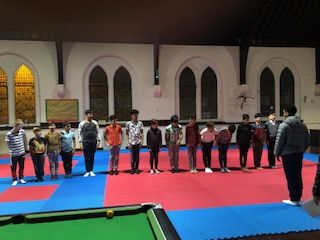 The session was well received by the young people, throughout the session they learned some great techniques, team work and communication skills.

Sixteen young people joined the session. They were then invited to attend the youth sessions at the Al-Ghazali 3 times per week. The young people attend weekly sessions where they can meet other young people from the community in a safe and friendly environment.

Quote – Isham said they were “a lively bunch of young people, it was great to see so many attend.”
Lisa – “The young people were showing the GTDT Detached Workers all the new moves and telling them how great it was to work with Isham."