The area just off Smithdown Road known as the Webster Triangle has had a lot of attention of late, with the £1.00 house scheme being launched there, as well as an accompanying Channel 4 documentary about the new residents' early days in their new homes.

People who live in the Webster Triangle are now feeling empowered to write their own narrative of the area - one that is joyful and creative - and are making a start on greening their area with flowers and shrubs. We at GTDT love this community spirit, and were happy to make a donation of some compost for an event hosted by the last weekend! 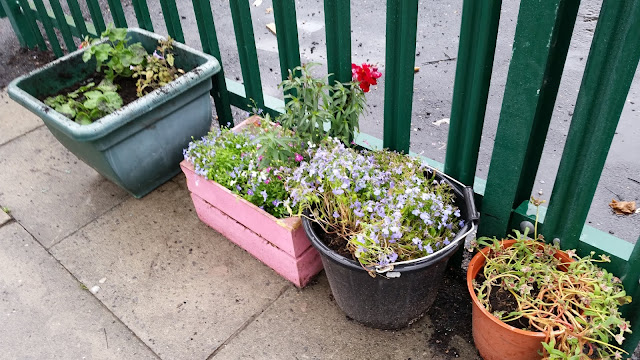 The surreal project is known as Webster's Triangle, and imagines the streets through the eyes of one of the resident's dogs (also called Webster), playfully using colorful triangles as its calling-card. Webster wasn't on hand to sign for the compost delivery, but sent his trusted lieutenant Tazzy to inspect the goods. Hope you had fun planting up, Tazzy! 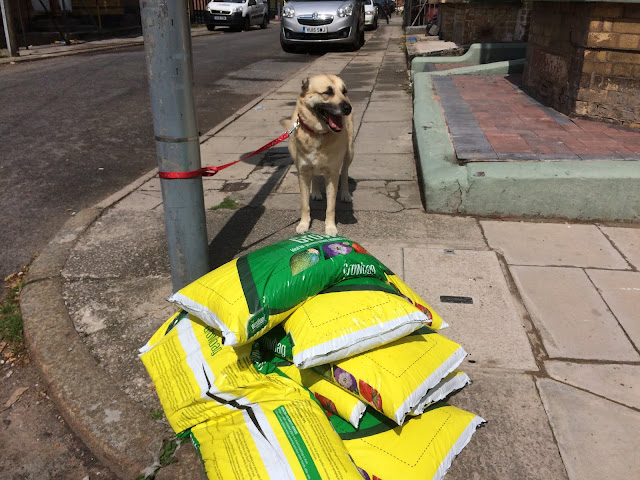