Something a Bit Different in Dark and Dangerous Times 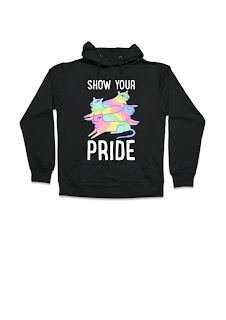 GTDT and I have known each other for quite a long time. Somewhere in the dim and distant past – around 2005 – I was redeployed out of a community development frying pan into an adult education one. For seven or so glorious years I managed the City Council’s Neighbourhood Learning in Deprived Communities Fund. The job was much more fun and much more satisfying the snappy title might suggest. We gave out grants to community groups in the poorest parts of the city to run innovative adult learning programmes. GTDT got one of them and that’s how we met.

In 2009 I read an article in the Independent about how teenage boys were portrayed in the media, more than half the stories being about crime, with the most common words being yobs, thugs, sick and feral. Also, hoodie, louts, heartless, evil frightening, scum, monsters, inhuman and threatening. The article concluded that the best chance a teenager had of receiving sympathetic coverage was if they died.

From then on, I decided, my usual mode of dress would be hoodie and jeans (especially as ‘hood’ appeared in my job description. And so it has been. I now have around a dozen hoodies which I wear in rotation through most of the year, though have been known to sport flowery shirts during the growing season. More recently I have chosen to wear odd socks, which may have as much to do with advancing years as a bold fashion statement. But, back to the hoodies.

Staff and volunteers are well familiar with my dress code, as I have been actively involved with the L8 Living Sustainably project and its successor, Shared Places and Spaces in L8, since I became a Man of Theoretical Leisure in 2012. Now I would like to bring a bit of good cheer into these dark and dangerous times. by sharing my hoodies with anyone who has the good fortune to tune into the GTDT website. About once a week, as long as the virus is rampant and we are self-isolating or social distancing, I will tell the amazing, and obviously true, story of one of my hoodies and the slogans with which they are gloriously embellished.

Here is a selection: Make Tea Not War; Give Peas a Chance; Work Less Play More; My Other Body Is a Temple; Born to Be Mild.


WEAR YOUR HOODIE WITH PRIDE