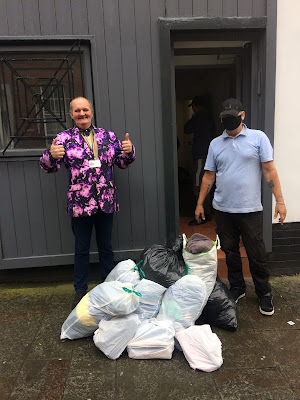 As we come to the end of Recycle Week, GTDT's Community Clothes Rail has been out and about offering support where it is very much needed

GTDT's Community Clothes Rail has continuously given donations to those that need extra support within L8 and the surrounding areas.

We have various drop off points, from Tuebrook to the city centre, and Recycle Week has been no exception.

GTDT are proud to say we have given over 40 bags of clothing and essentials over the past 2 weeks to the Phoenix Foundation (a mens hostel) based in Parr Street.

This week has also given GTDT the opportunity to get involved with the Picton Children's Centre once again, as we were able to take referrals and personally deliver to families within the community.