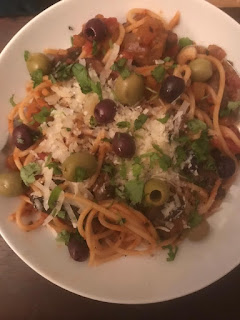 One of our learners Cathy, from a Slow Cooking course, said it had been a “privilege” to be part of the course and she had looked forward to each of the zoom classes as it was “seeing a face from the outside world”.

We have had a number of chats with Cathy, during our Slow Cooking course, where she has described her current situation to us and we have found out that due to ill health and living alone Cathy has been shielding since the start of the pandemic in March 2020 and she has suffered further health issues more recently, which have made her feeling more vulnerable, and her affected her physical mobility.

Cathy was initially apprehensive accessing our online sessions, as she describes herself as a complete digital beginner. But by talking her through the steps, and with the support of her fellow learners she gained the confidence to join the group, and later in the course became one of the first to join the sessions each week. 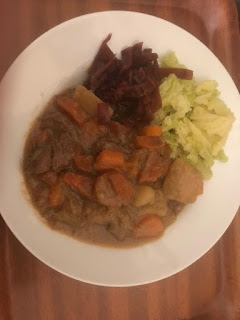 Cathy is clearly a very good cook and gained the confidence to share her hints, tips and meal pictures on the WhatsApp group, particularly supporting and encouraging the younger members of the group suggesting additional / alternative ingredients.
Being able to use the slow cooker has also encouraged Cathy to cook from scratch more, as it has made cooking easier. She tells us that it’s great not having to stand over a stove or keep checking her meal.

During the classes it also became apparent that Cathy is an avid reader but doesn’t get the same pleasure from reading a Kindle. We have now included her in our in-house library service.

Cathy has promised to meet up with her new slow cooking group friends for a coffee when she is no longer shielding, and is looking forward to getting involved in future community events.