We had are first get together at St Clements and we couldn't have been happier with the number of people who turned up and the great atmosphere which was so easily created. They were all such a friendly bunch so willing to share their experiences over the last couple of years and speak so openly with other people they had only just met . It was a surprise too that we had a number of men who attended who thoroughly enjoyed it and said they would be back next month.

We also had a impromptu visit from a couple of local PCSOs who spoke individually to a number of attendees and reassured the group around personal safety. They enjoyed the visit so much they have promised they will be back with hopefully some news of supporting the group in the long term with events and days out.

Lucy " thank you for having us . I've really enjoyed myself having a chat. There is nothing along the lane for pensioners now the Pivvy has gone " 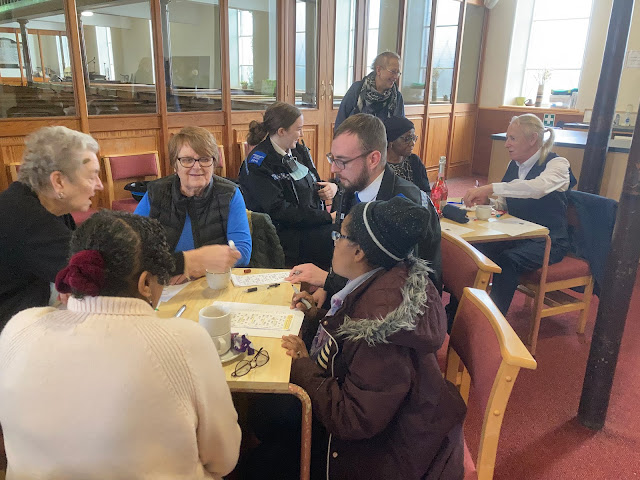 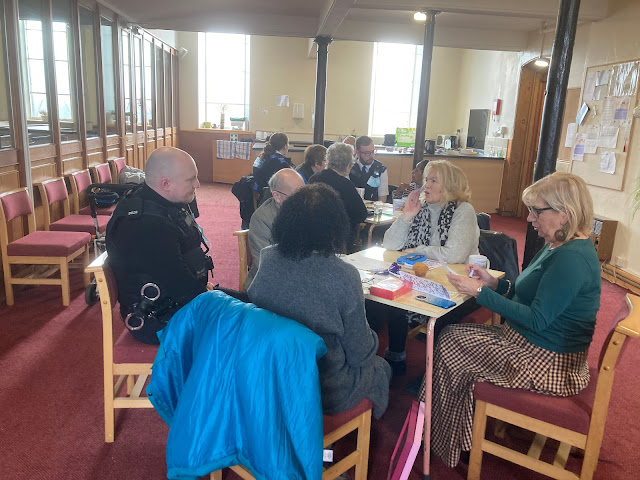